The R word. It’s a four-letter word both literally, and conceptually to automakers. None of them like to use it or even acknowledge it exists. Yet, many automakers quietly sell thousands of cars to R word companies, because it brings in needed capital and moves metal.

But once a car’s image has been associated with the R word, it’s really hard to remove that stigma. The car buying public views R word cars in the same way they view do-it-yourself carpet cleaning machines they check out from the grocery store. It’s an appliance to be R-word-ed for a week to serve the most mundane purpose a car can serve and then be given back to the R word company to be R-word-ed to someone else for a week. It might be perfectly acceptable for that task, but it’s much harder to persuade someone to own an example of a car once it’s known as an R word car.

For many years, Chevrolet has watched as the import midsize sedans park in American driveways permanently, while the Malibu only parks there temporarily, perhaps because the owner’s Accord is being repaired after an accident, or because the owner of a Camry needs to travel from the airport to a business conference.

Yes, for the past few generations, the Malibu has been saddled with the R word image.

But, with this latest iteration, GM has done a prodigious amount of work to make the Malibu more appealing to people to buy for themselves, rather than just being the first thing they get handed the keys to at, well, you know.

It certainly stands out from its competition visually, particularly in the front fascia. While most of the midsize sedans have an enraged scowl that, let’s be honest, they haven’t really earned, the Malibu simply has a serious facial expression rather than an angry one. The wide and low headlights and grill are reminiscent of the early 2000s Camaro, and around the sides and to the back the Malibu starts to look like 7/8ths of an Impala. GM even admits to the Impala’s influence on the styling themselves. It’s an aerodynamic design with a low 0.29 drag coefficient, and while I insist on calling a car with an indistinguishable transition from the roofline to the trunk a four-door coupe, the EPA still calls it a sedan, and they also say the rear passengers have just as much headroom as the other full-fledged sedans in this segment.

The front passengers are greeted with a drastically different dashboard than the outgoing Malibu, and that’s a very good thing. I’m not sure what GM was trying to accomplish before with the look of the A/C vents stretching across the entire dashboard, but it didn’t work, and they’ve thankfully abandoned the whole idea. The new Malibu’s dashboard is more stylish and more organized, with all the controls up high and easier to reach, and more intuitive as well. The porthole gauge cluster is also gone, replaced by a more traditional, but more elegant, single panel cluster, although the numbers on the gauges are smaller and harder to read at a glance than before. The fit and finish and quality of materials used has improved as Chevrolet continues to evolve from the questionable interiors of its past.

Under that low-slung hood of my 2.0T Premier test vehicle is the same 2.0L direct-injected, turbocharged and intercooled 4cyl engine, internally coded as LTG, from the previous Malibu which also appears in other current cars like the base Camaro and Cadillac ATS and CTS. The LTG turbo engine has actually been detuned slightly in the Malibu, dropping 9hp down to 250 and 35 ft-lbs of torque down to 258. But use of more high strength steel in the chassis of the new car means it’s nearly 300lbs lighter, so the acceleration times are no slower than the old model: 0-60 in 6.3 seconds and the quarter mile in 14.8 seconds at 94mph. Those times make it faster than its other turbocharged adversaries like the Fusion, Sonata, and Optima.

If you want to shift the eight-speed Aisin automatic transmission manually, you pull the shifter all the way down into L and use the toggle switch on top of the shifter to change up or down. Besides being a rather uninviting method of manually shifting the gears, it reacts entirely too slow to your input and you’ll likely end up bumping into the rev limiter at 6700rpm before the next gear engages. It’s best to just leave the shifter in D, since the twin-scroll turbo helps the engine develop all of its torque as soon as 1700rpm. It’s been four years since the Malibu ditched the V6 engine altogether and it’s no worse off for it. Turbo lag is present but minimal, and the engine always feels like it has a reserve of power and torque that’s there if you need it. Put your foot hard down and the Malibu 2.0T pulls forward with more zest than the V6 models of yore ever could have, and with the same smoothness and low levels of NVH.

However, what most impressed me with the new Malibu is the suspension and chassis.

I don’t like overly soft or cushy riding cars. Such cars often sacrifice roadholding and stability in the interest of comfort, and that’s not a sacrifice I’m willing to make, nor should anyone else in this day and age, for that matter. But Malibus of the past have often done that and worse. Hitting a pothole would send a maelstrom of vibrations and rattles throughout the entire car, not only failing to properly absorb the shock, but revealing all the weak spots of the chassis, all the ways it was designed with cost cutting as a priority. This is where GM needed to spend the most of their time to rid the Malibu of its R word perception, and I’m happy to report this is where they have spent the most of their time.

Hit a pothole in the new Malibu and you will feel it, but it won’t be a violent thud, and most importantly, the chassis contends with it silently and effortlessly. Whether it’s a result of the increased use of high strength steel, or just a better suspension design (GM claims the suspension bushings are hydraulic, for example), the new Malibu feels solid and composed and surefooted. The ride is comfortable, yet the Malibu can take tight corners with a level of grip that belies its intentions. It’s not a sports sedan; the steering feels a bit numb, and once traction is broken, the front wheels will start to understeer predictably. But GM has clearly made the Malibu drink its milk or eat its Wheaties or something, because its skeleton feels strong and sturdy. In terms of chassis rigidity and driver reassurance, the new Malibu is easily the best GM front-wheel-drive sedan I’ve ever driven.

The best part is that GM has found a way to improve the Malibu’s driving dynamics as well as they have without making it any less attainable. Malibu Premiers come standard with front heated and cooled seats, navigation, wireless phone charging, Apple CarPlay and Android Auto, as well as OnStar with the built-in 4G LTE hotspot, and my test vehicle came with two “Driver Confidence” packages. One adds front automatic braking and semi-automatic parking assist, while the other adds forward collision alert, lane keep assist, blind spot monitoring, rear cross traffic alert, and pedestrian detection. Yet, MSRP on my test car was $34,285, which is cheaper than the starting price of an Accord Touring or a Fusion Platinum and cheaper than an Altima 3.5SL with the same equipment.

So, the Malibu has the appeal of ownership again, the car that does the weekly grocery shopping, or that takes Fido to the vet, or that the kids take to get their driver’s license. It can be part of the family again. The R word stigma has been successfully eradicated.

The number of Chevrolet Malibus you will see in America’s driveways probably won’t change much. But they’re more likely to be there because they’re owned rather than… oh, I might as well just say it… rented. 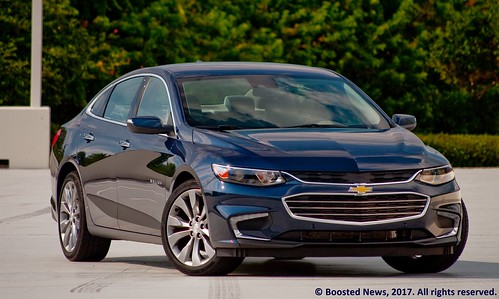 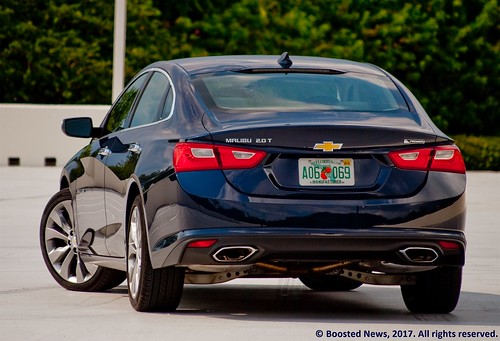 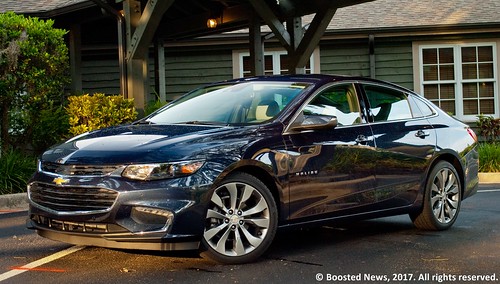 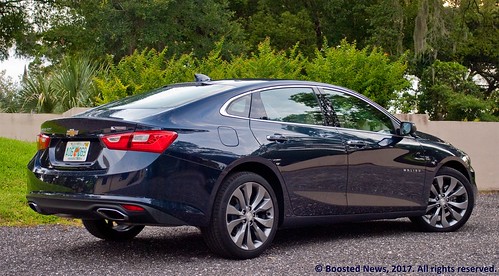 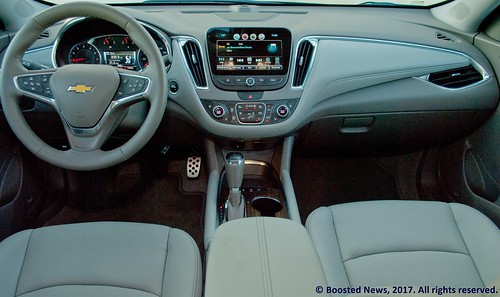 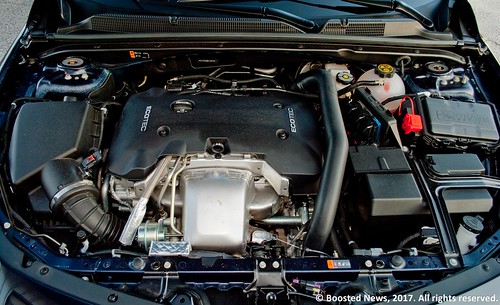