“You want to use it for what, again?” the press fleet manager said over the phone.

“My best friend’s bachelor party,” I said, without hesitation.

“Chrysler is concerned, and understandably so, about you taking their $45,000 vehicle out of state for a bachelor party. You know what happens at bachelor parties.”

My candor betrays me again, I thought. I should have said I was taking my grandmother to a women’s charity seminar or something.

“Well, we’ve never had a problem with you abusing a press vehicle before, so we’ll go ahead and send it to you. But make sure you’re the only one who drives it, and make absolutely sure no one is drinking in it. Alright, they should be there to drop it off after 1pm on Monday. Enjoy your trip!”

Indeed, Chrysler actually allowed me to take a Pacifica minivan, a vehicle that wasn’t even on sale to the public at the time, on a trip from Orlando, Florida to Savannah, Georgia, knowing full well I was using it for a bachelor party. My reputation precedes me.

Does that mean I come across as too square? I’m drinking a beer as I write this, if that helps.

Anyway, as a bachelor myself, testing vehicles like minivans or full-size SUVs poses a challenge. I can fiddle with the folding seats and power tailgate and remark on how they are to operate, but that’s not the same as actually putting people in the vehicles to see how they fit, or how easily they can get in and out, etc.

That was a challenge I did not face with the Pacifica. Instead of just a wife and two kids and a dog, I took five other grown men on an 800-mile trip across a state border, where I wasn’t so much concerned about hearing “Are we there yet?” coming from the back as I was “Hey man, pass the tequila!”

For the record, not only to reassure the people responsible for giving me press cars but for any law enforcement that may be reading as well, no drinking or any other activities of questionable legality occurred in, on, or with the Pacifica at any point during the test drive.

I can’t speak for the parts where we left the Pacifica parked at the hotel and ventured out into Savannah. No, seriously, I can’t speak. Guys’ code. How we didn’t end up dead or at least in the hospital is something that will bewilder me for the rest of my life.

Let’s abruptly change the subject back to the Pacifica, shall we?

It wasn’t hard for Chrysler to improve upon the Town & Country. Even in its most well-appointed form, it was evident the Town & Country was a remnant of the old Chrysler, the pre-bailout, pre-Fiat Chrysler. The interior was plasticky, the ergonomics were an afterthought (the floor-mount style shifter on the dash next to the gauge cluster still perplexes me), and the power sliding doors and tailgate worked, but felt like they were going to break at any time. The dreary styling didn’t help, nor did the addition of the 3.6L Pentastar engine in 2011. There was simply no reason to choose a Town & Country over an Odyssey or Sienna or Sedona. The Asians have had Chrysler beat at the game they invented for quite a while now.

But Chrysler still thinks the game is worth playing, even as the American buying public feverishly consumes crossovers. They even decided to revive the Pacifica name for their new minivan, a name which used to adorn a crossover from the DaimlerChrysler era.

First impressions from the outside can be expressed in one word: finally! The Pacifica has more style than the Town & Country simply by virtue of having style where the Town & Country had none. The front has the Chrysler face, similar to the 200, but I really like that Chrysler has added some visual interest to a minivan, rather than try to hide the fact that’s it’s a minivan (the bubble 2001-2007 Town & Country) or just decide it wasn’t even worth trying (the outgoing, breadbox Town & Country). The creases on the sides of the Pacifica may not evoke the more exotic sports cars under the Fiat corporate umbrella, but at least they have some curves in them, and are coherent.

In the same way the original Chrysler minivan was car-based, the new Pacifica can trace its roots to the Fiat Compact U.S. Wide platform, which it shares with the Chrysler 200, Dodge Dart, and Jeep Cherokee. Unlike its relatives, the Pacifica retains a torsion beam rear suspension setup because it leaves more room in the cabin for passengers and cargo. But the backbone is constructed from 72% high-strength steel, and that, along with the use of aluminum in the outer skins of the sliding doors and the tailgate mean the Pacifica is also over 300 lbs lighter than the Town & Country. It feels like a sturdy, modern sedan in a way the Town & Country never did.

The Pacifica continues to utilize FCA’s 3.6L Pentastar V6 workhorse, but it receives variable valve timing (and variable lift on the intake cam) and a compression bump in the Pacifica. Output is up from the Town & Country 4hp and 2 ft-lbs of torque to 287 and 262, respectively, and it is yoked to the same ZF 9-speed automatic as the 200 and Cherokee. Both EPA fuel economy ratings for city and highway increase slightly, and my observed fuel economy of 19.9mpg for the whole trip should also offer further reassurance that drag racing random motorists in the streets of Savannah on dares from the bachelor party crew was not one of the weekend’s activities.

I did have to tap into the Pentastar’s reserves of power as we merged onto I-95 after refueling just outside of Jacksonville, with six 200-pound-plus guys and all their luggage in tow, but never did it feel slow or overworked. Much Internet comment space has been taken up about the ZF 9-speed transmission and its infirmities, but ZF claims all its issues are software-related and it seems as though they’ve been sorted out. Though I would still like to see more even ratio spacing, I never experienced any of the gear hunting the transmission is known for in the Pacifica.

The biggest hurdle was fitting the luggage of six people for a weekend trip in the cargo area. Of course, the second and third row seats fold flat into the floor as part of Chrysler’s patented Stow-N-Go system, but since all seats were occupied, that wasn’t an option. We packed the luggage as high as the headrests of the third row and then realized we couldn’t go any higher because I had to be able to see out of the back window. So we strategically aligned the coolers with snacks and drinks (non-alcoholic drinks, of course) in the space between the two captain’s chairs in the second row, thus making the cooler easily accessible to all passengers and solving the storage problem simultaneously. I hope Chrysler is considering a long wheelbase version of the Pacifica, since the Dodge Grand Caravan will be departing soon, leaving the Pacifica to carry the baton as Chrysler’s sole minivan.

Also, over the YouTube videos of comedians telling off-color jokes, I heard a passenger in the third row complain that there were cupholders only on one side, meaning only one person had somewhere to hold their (again, non-alcoholic) drink.

The dashboard design of the Pacifica also sticks to the Chrysler interior theme, with the same blue gauges as the 200 and 300, and quite possibly the only minivan I’ve driven with a driver-oriented center stack design, though everything on the dashboard is within reach of the front passenger as well. The entirety of Chrysler’s lineup for 2017 has a rotating dial shifter, which is much more intuitive than the confusing stay-in-place shifter design from a few years ago. But the shifter dial is in too close of proximity to the radio volume dial. I never did anything like accidentally throw the transmission into Park at 70mph while trying to turn the radio down (and there is an interlock preventing you from doing so anyway), but on one occasion, I did turn the volume way up while trying to put the transmission in Drive after exiting a parking space in a busy parking lot. The guys thought it was a riot, at least.

After our capers in Savannah ended and we drove back home and emptied the Pacifica of ourselves and our bags, we decided to put the Stow-N-Vac to the test, Chrysler’s name for the built-in vacuum cleaner that ensures they’re leaving no flesh vulnerable in their battle with the Odyssey. The vacuum hose comes out of a compartment just behind the driver’s side rear sliding door and beneath that is a slide-down door for the various attachments you would find on the vacuum inside your house. The vacuum is powerful and easily cleaned up the first, second and third rows of the Pacifica, but we used our own wet-dry vacuum for the cargo area as draping the hose over the third row seat was a bit awkward.

But I couldn’t have asked for a better vehicle for the trip than the Pacifica. I was open to the idea of a full-size SUV, but in the end, I’m glad we chose something with sliding doors and seats that fold forward in a matter of seconds for access to the third row. It was no sacrifice of style to take the Pacifica, either.

I don’t know if using a minivan for a bachelor party will make minivans cool again, but I know that if the Pacifica can stand up to a bachelor party, it’s up to any task a nuclear American family can ask of it, just as well as any of its competition.

Also, I just need to clarify one more thing: for any other automotive journalist in the Southeast who got the Pacifica after I did, we didn’t have any “exotic dancers” in it, either. I promise. 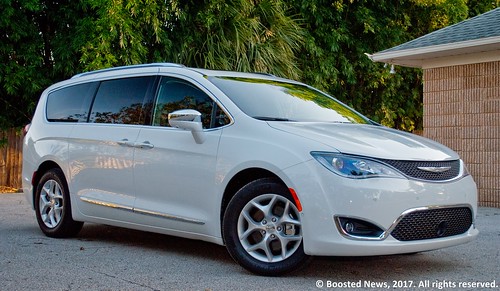 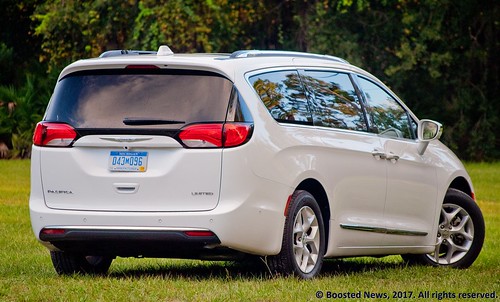 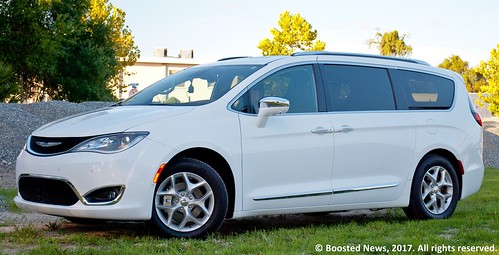 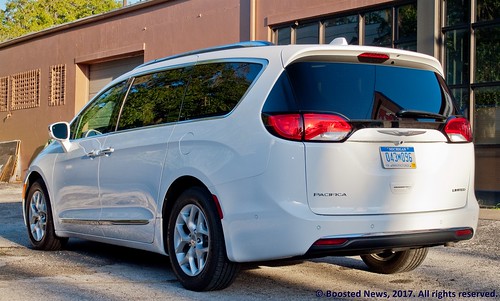